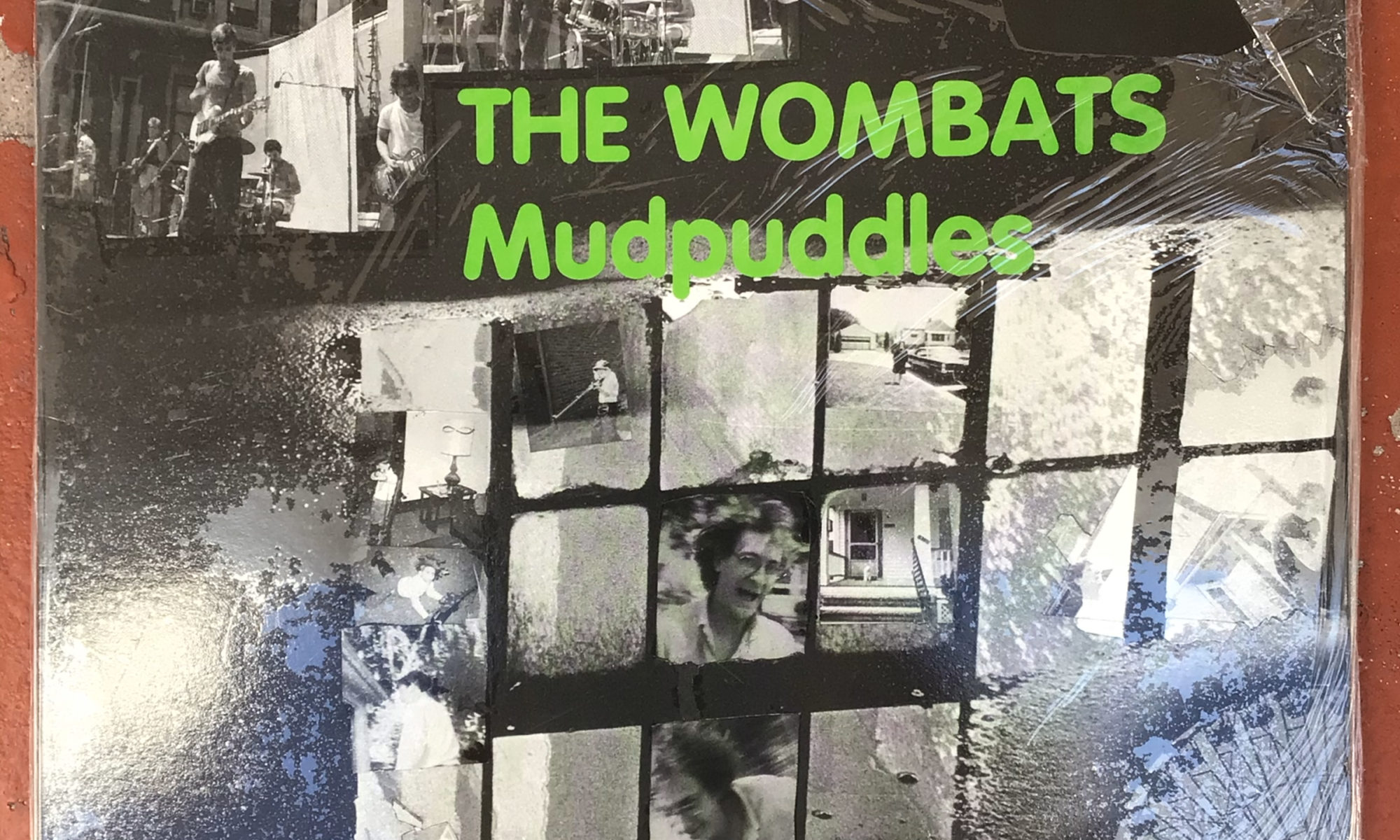 The Wombats were a 1980s northern Ohio band that dialed into the jangly, earnest, teenaged sound happening around that time. You can trace the lines from these songs backwards towards 60s garage punk and forward through the catchiest Fugazi songs. The Wombats in particular really figured out multiple vocalists and there’s a frantic, wide-eyed breathlessness to this record that stands among the very best feelings that guitar-based music can inspire. A really delightful, powerful, and catchy band.

Original 1986 pressing, still sealed (although the shrinkwrap is kind of frazzled). There’s a record store in San Pedro that used to be a music distributor, they’re slowly going through their warehouse and pulling out, like 50 copies of later Neon Judgement EPs or Arabian Prince 12″s which are priced erratically. This Wombats 12″ is one of their deadstock discoveries, and I basically buy it every time they put one out to send to a friend. I realized I had a few more than I intended to buy so they’re available here until they run out!