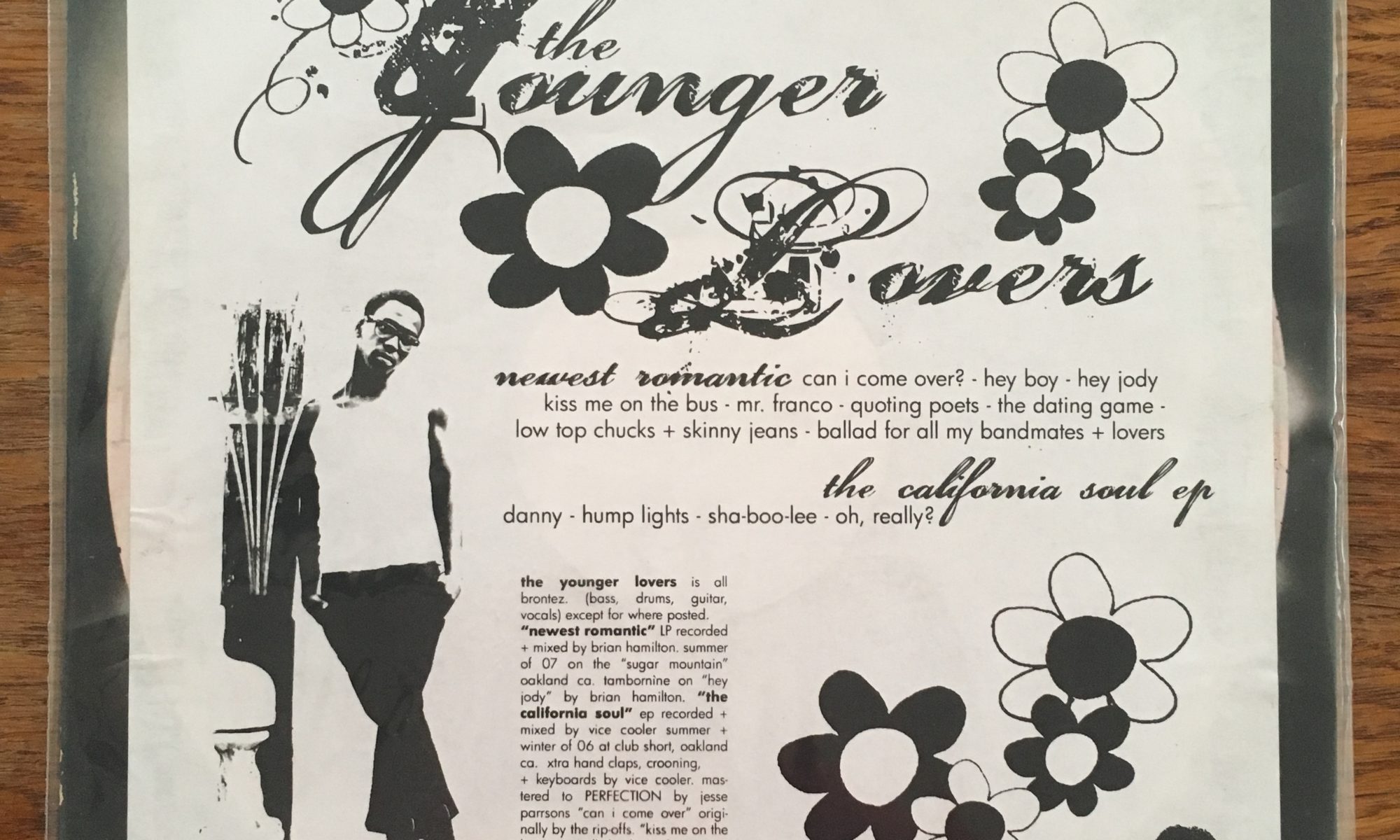 The debut LP by Brontez Purnell’s Younger Lovers, released in 2008.  Catchy, persistent, and breathless. The songs share a singular focus and a peculiar logic, the result of Brontez playing every instrument on the record. As Brontez’s heart is unraveled across an LP, modern boys, shit-talkers, and charming singers all buzz and careen through the story, revealing the longing and vulnerability that mark the greatest love songs. Or as Brontez once described the band, “fucking Motown but on my terms.”

“The Younger Lovers’ challenge was to put raw shit back on the balance. This decade showed a dramatic decrease in the good old standard of cool, queer, punk-kid records. Everyone ran for a drum machine and opted to be the next Justin Timberlake. No probs. No shade. This just left the playhouse empty. Enter the Younger Lovers.” – Brontez Purnell, quoted in the press release for Newest Romantic circa 2008

LPs are packaged in recycled sleeves with paste-on liner notes. Each one is different. Includes a CD of the album. Colored vinyl.