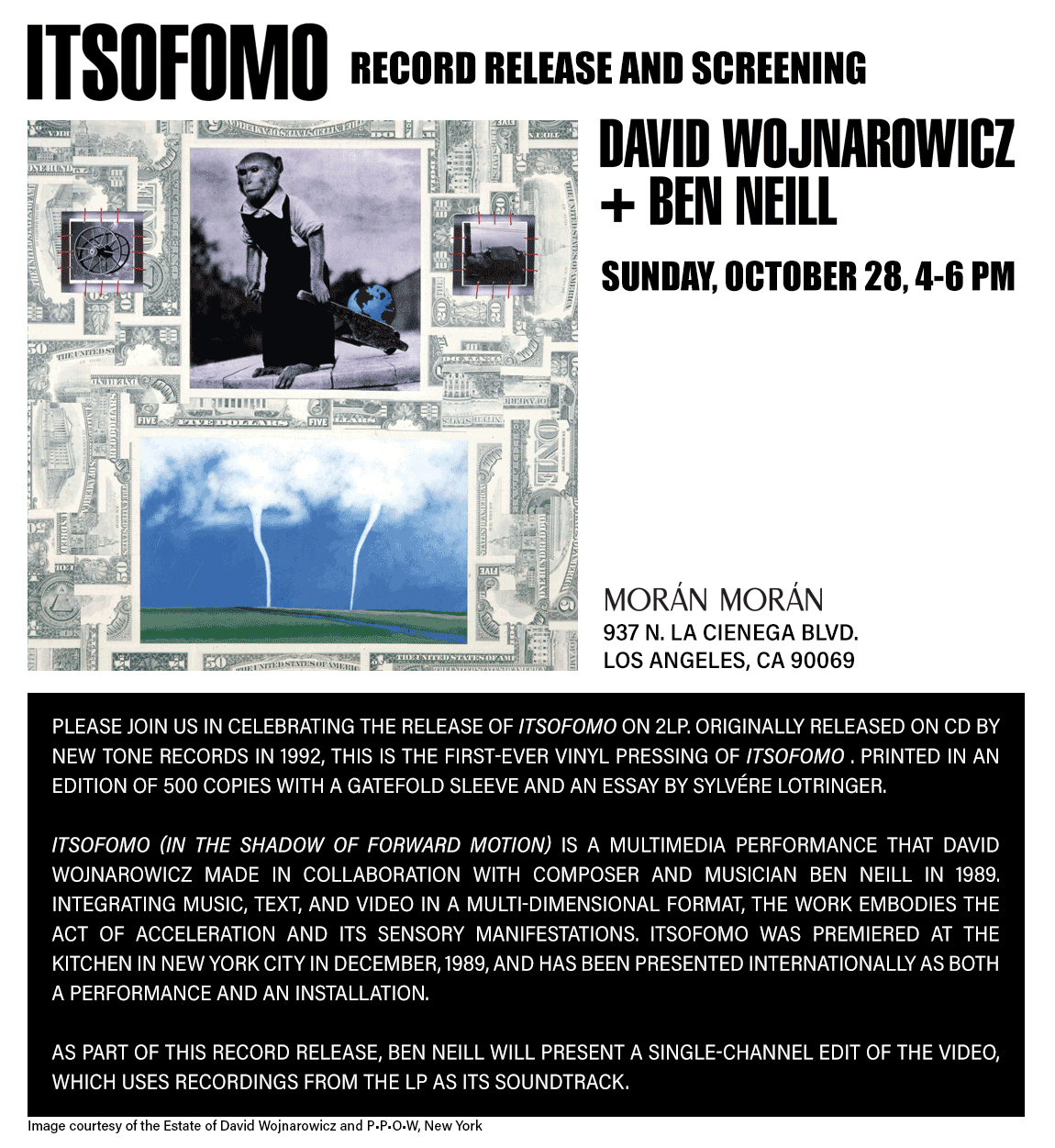 Jabs and Morán Morán are pleased to present the release of ITSOFOMO (In the Shadow of Forward Motion), by David Wojnarowicz in collaboration with composer and musician Ben Neill, on double LP. ITSOFOMO is a multimedia performance that David Wojnarowicz created, together with Ben Neill, in 1989. Integrating music, text, and video in a multi-dimensional format, the work embodies the act of acceleration and its sensory manifestations. The performance premiered at the Kitchen in New York City in December, 1989, and has been presented internationally as both a performance and an installation. Released by Jabs in an edition of 500 copies, the double LP features a gatefold sleeve and an essay by Sylvére Lotringer. As part of this release, Ben Neill will present a single-channel edit of the video, which uses recordings from the LP as its soundtrack.