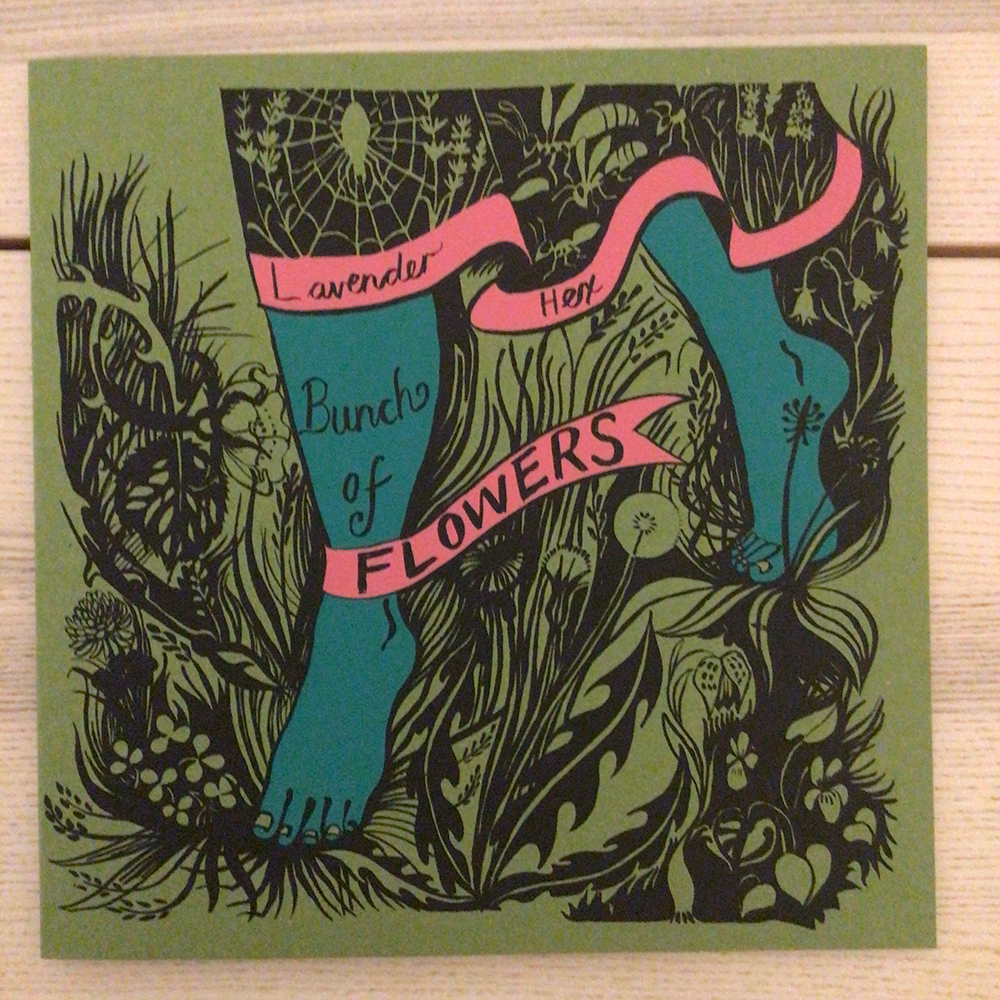 Self-described “freeform punk,” Lavender Hex make measured, insistent music. Their second LP, “Bunch of Flowers” carries that ANOTHER-WORLD-IS-POSSIBLE feeling found on the very best punk records. Each song gives a different vision of how magical life could be: sometimes danceable, sometimes intimate, sometimes opaque and full of mystery. Part of this is a function of how the record was made – Lavender Hex is a duo, but every song has a collaborator, another voice opening up space and possibility. There’s a feeling of collective energy, of a community made visible through the connections threaded through each song. “Bunch of Flowers” is deeply intentional and endlessly catchy, delighting in the simplest, most bodily way, but also in the most vital, cerebral, revolutionary way too.

Limited to 200 copies with a beautiful silkscreened cover.