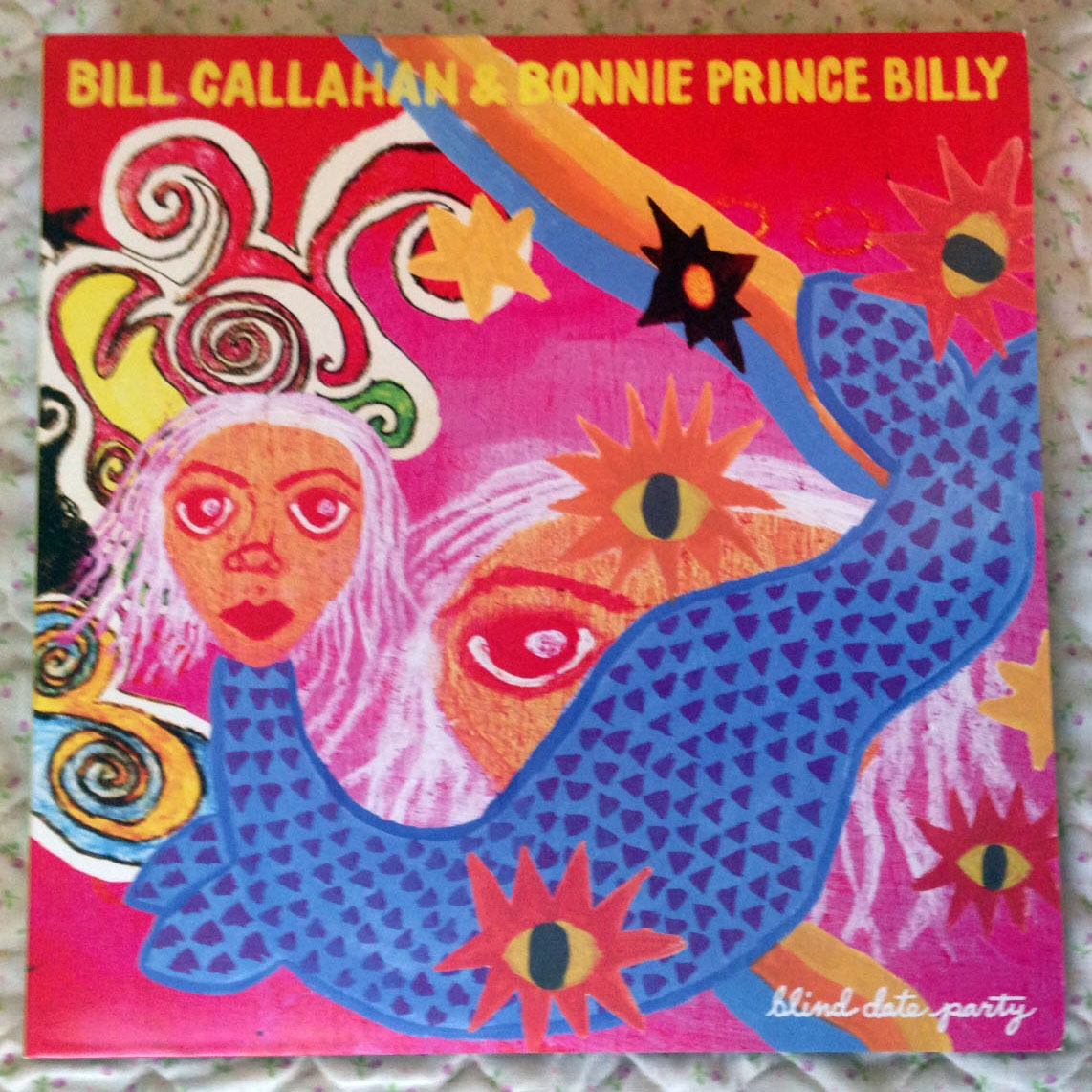 In the booklet for Blind Date Party, Bill Callahan explains that the idea was borne out of the early days of the pandemic: the sense of aimlessness, of missing routine, and crucially, of understanding everyone else feels this way too. He and Will (and Drag City) developed this project as a way to address this time, to give as many people as possible an activity. So 19 musicians were each sent a song to cover, and then Will and Bill laid vocals over these versions. Visual artists were engaged to make/share artwork for each song. Filmmakers made videos for each song. Drag City brought in another circle of participants: adolescent Billie Eilish fans were asked their opinion of the Blind Date Party version of “Wish You Were Gay” (“they stole this song!”), a guy from a Steely Dan cover band is asked to address their version of “Deacon Blues” (“Last I checked, you can’t really play Steely Dan music without 11 people”), Iggy Pop responds to the cover of “I Want to Go to the Beach” with a wordless video of smiling and nodding. And then a new song appeared online each week, involving another level of participation, the listeners.

While all this was going on I was interviewing each of the participants, promising I’d only take 10-15 minutes of their time (“20 min tops!”) but most of the interviews stretched to an hour, ninety minutes, beyond. It was another layer of participation, of “something to do for once” and the result is the booklet that comes along with this LP, which also includes the artwork for each song, stills from the videos, and supplementary material. I am so grateful to Drag City, Bill and Will and all of the participants for trusting me with their ideas and hopes and lessons. It was really such a treat to make this booklet.

I think I have listened to this record more than maybe anyone in the world? It is a ridiculous thing to claim, but just for the sake of doing this work, and doing it justice, I wanted to know it so well, and then I wanted to measure the stories I’d been told against the songs, and then I just wanted to hear the songs like you want to see a friend. I’ve learned so much from these covers, from these artists and their approaches. And I tried to put as much as I could into the booklet, but then the things I like best can’t be articulated anyway. The first note of “Rooftop Garden,” getting lost in “Sea Song,” Callahan’s drastic approach to the line “there is a hanging tonight” in “Arise, Therefore.”

If you emailed, called, or texted me anytime between October 2020 – January 2021 and I was silent or distracted or just kept trying to talk about Silver Jews it was because this record and making this booklet occupied all my time. I hope you will not hold it against this project, and I hope that anyone interested in these artists, these songs, ideas of community, songwriting in general, or trust will check out this record.

I made a bonus 24-page zine of outtakes, research, and ephemera collected during the booklet-making process in an edition of 10 copies. The next three copies of this 2xLP ordered through JABS will include this zine.