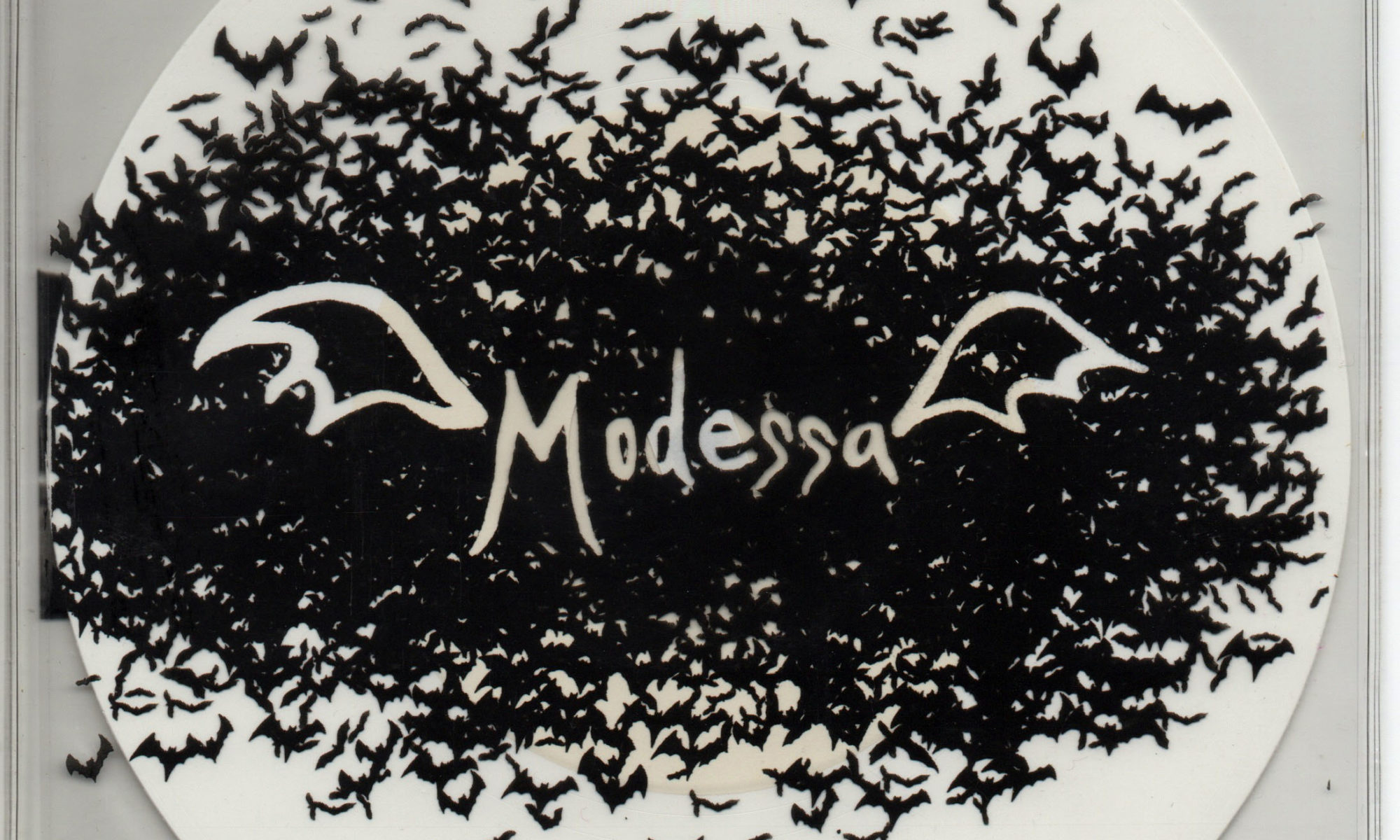 A short-lived band with Helen White (Petty Crime), Amy Heneveld (Meltdown) and Ethan Swan (Emergency) inspired in part by the spectral coolness of Quix*o*tic and the insistence of the faster Raincoats songs but mostly influenced by each other’s bands. All songs written, recorded, and performed live in a two-week span of time in Portland, 1999.

“Spindly guitar lines, rudimentary drumming and bass-guitar that seems to be off in its own world are the name of the game, with sporadic, lightly-shouted vocals, as was the normal behavior of the time. Sounds a lot like a classic no-budget UK DIY single, though there’s an undeniable air of post-riot grrrl underground happening here too.”

“Modessa is lo-fi and noodley with stompy percussions. An aromatic K Records flavor whiffs through the house. And as much as I can recognize it as music, and can visualize three people working together to create it, nearly two decades later I’m still unsure what to make of stuff like this.”