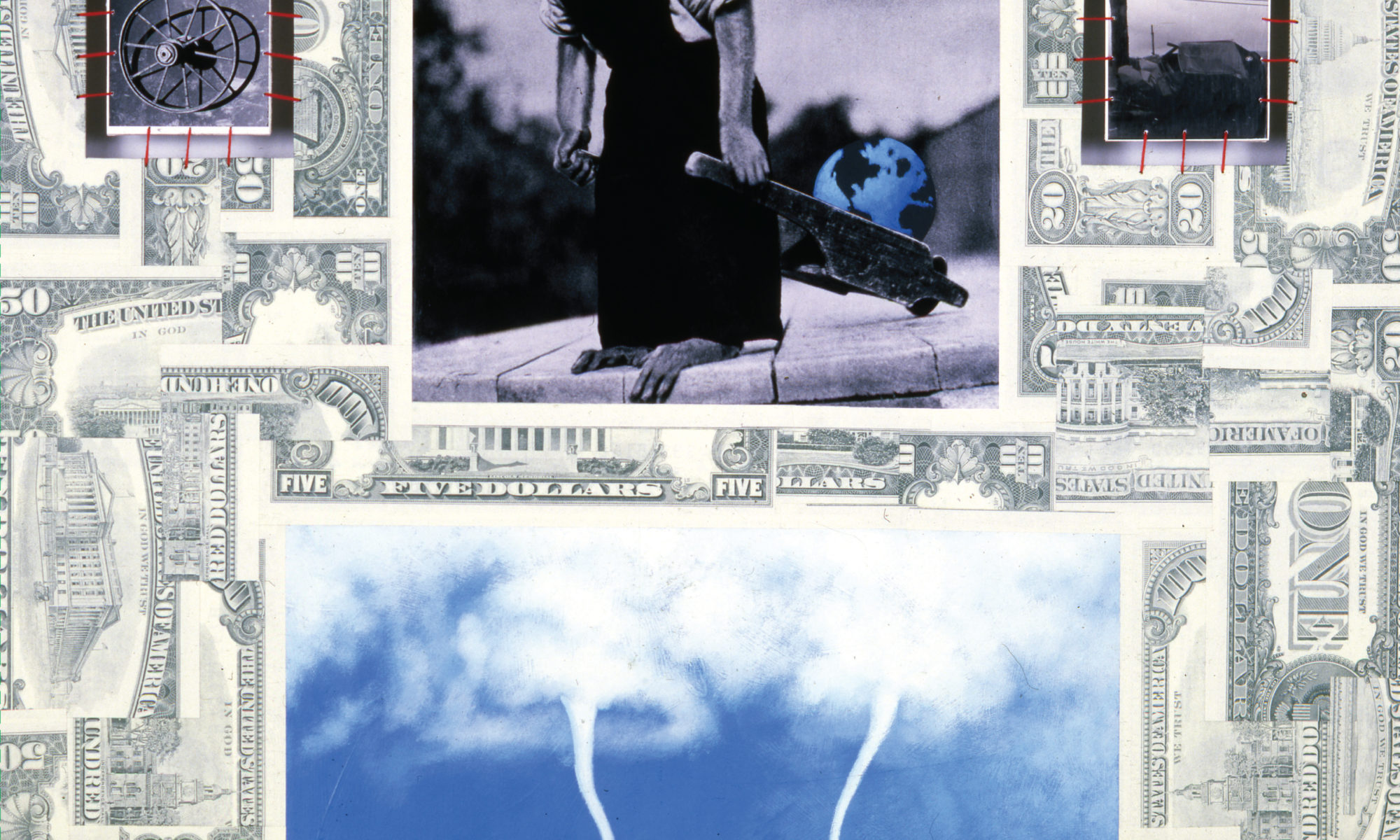 “Raquel Vogl: Wojnarowicz was an artist/writer and AIDS activist from New York. The record is a mix of spoken word, sounds, trumpets, percussion where Wojnarowicz in part documents the horrendous way the American government and society handled the AIDS epidemic. It has a special resonance now with the current pandemic raging and how badly the US (and UK) government have dealt with this one. A difficult but powerful and artful record to listen to on a long walk.”

– From “Introducing Persona: an interview with Raquel Vogl” on Buds & Spawn, October 2020 [LINK]

“ITSOFOMO (In the Shadow of Forward Motion) (1989), a gut-socking multimedia performance about the violent motivity of the AIDS crisis, which Wojnarowicz made with the musician Ben Neill, played in a separate theater at the museum for only a few nights. These curatorial minimizations and omissions present Wojnarowicz as a more pristine artist than he was. This is not to say that his work wasn’t beautiful or thoughtful or at times meditative. But most importantly, it was furious and intentionally abrasive to encounter. ”

“Wojnarowicz’s voice, a dry-throated whisper, opened the piece, a straight line cutting through an uneasy, ambient soundscape. I remember almost straining to keep within comprehension of his words, when a thunderous drum hit cut through, startling the whole room. The music stretched and careened through defiance, tenderness, and rage. Before long, the latter of these moods took over, an onslaught of sound, Wojnarowicz’s full-throated voice hammering through the text. It was a powerful, familiar kind of music, but hard to locate in the late 1980s it emerged from, feeling closer to the skinless, patient humanity of post-Y2K omnivores like Xiu Xiu or Blood Orange.”

“The oeuvre of late artist David Wojnarowicz spanned photography, painting, film, music, writing, and performance, all of which are incorporated into the hybrid work “ITSOFOMO: In The Shadow of Forward Motion” (1989). Produced in collaboration with composer Ben Neill, the multimedia work originally took the form of a performance that included a four-channel video piece accompanied by a live reading by Wojnarowicz with Neill’s original score. In writing for KCET in 2013, Jennifer Doyle characterized the work as “a formal, poetic meditation on acceleration,” based on theorist Paul Virilio’s writings, that addresses the AIDS crisis of the time through this lens.”

– From “A David Wojnarowicz Performance from 1989 Is Released on Vinyl” by Matt Stromberg, published on Hyperallergic, October 24, 2018