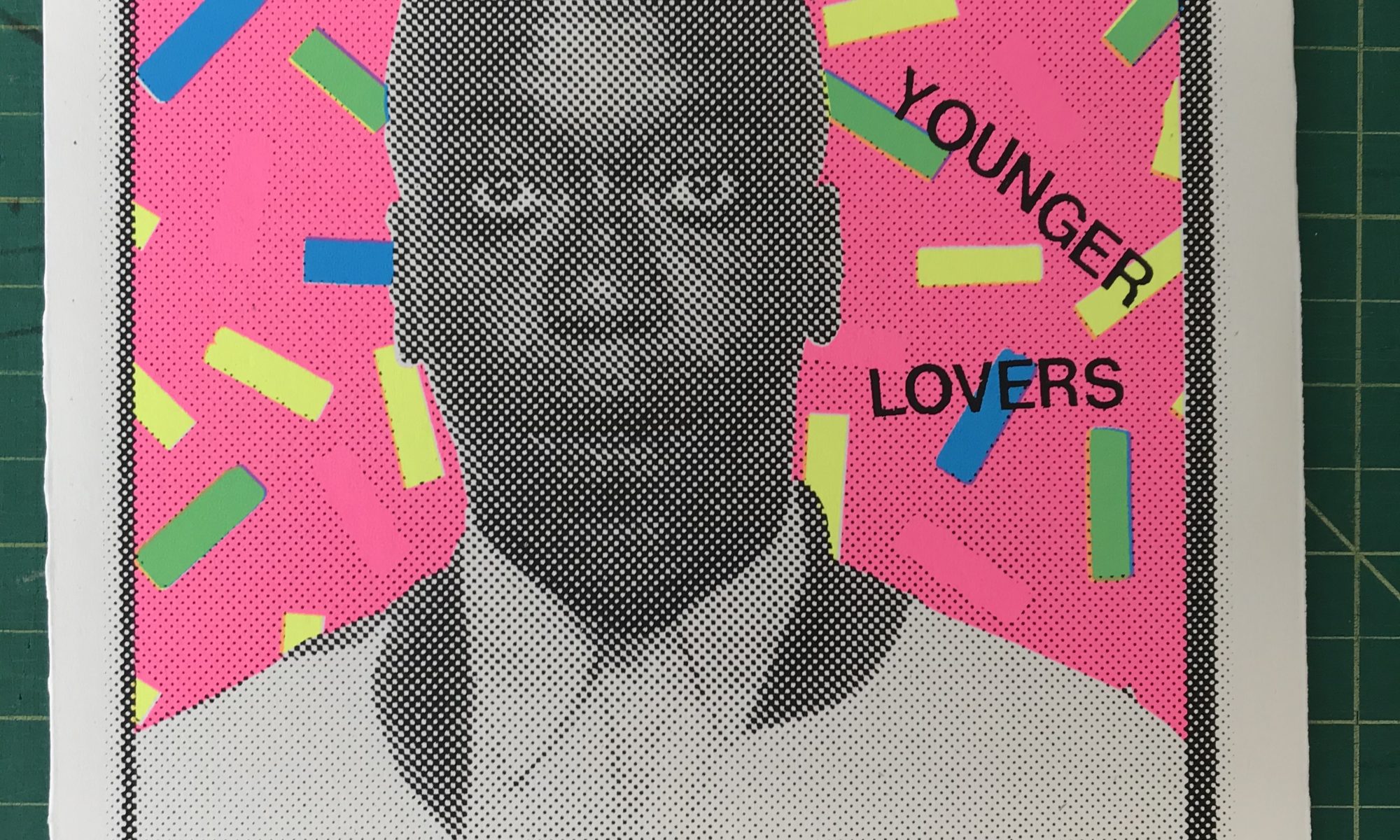 In 2006, after an evening of reckless acrobatics with his band Gravy Train!!!!, Brontez Purnell met up with friends in San Pedro to record a few newly written heartache tracks. He stayed up all night teaching the songs to Kid Kevin (of Four Letter Words, Lipstick Pickups), and as the sun rose they cut these four frantic punk songs. Easily the rawest, most brash, most unstoppable racket that the Younger Lovers ever created. 300 copies with a 5 color silkscreened cover.

“The most infectious melodies of ’60s girl groups filtered through ’90s anti-music experimentation smack dab in a home recording studio in the greatest little town in Los Angeles: San Pedro! These songs sound like bungeeing a boombox to your handlebars and riding your bike around town without a care in the world. A breeze on your back and a smile on your face.”

“Recorded in a single night, these tracks are rough around the edges, aggressive, and to-the-point, like any garage punk that’s worth its salt should be. There isn’t much more to be said other than this 7” kicks ass if you’re into some gnarly blues-inspired punk songs.”

“The four songs that makeup The San Pedro Sessions are certainly in keeping with the very gay, puppy-love pop-punk and Ramones-core romp that makes up the rest of The Younger Lover’s discography, but performed in a much rawer fashion, that serves to heighten the heartache and idealism of the whole endeavor. These recordings are so real and deliberately underproduced that they feel as close to a live album without actually being on. ”