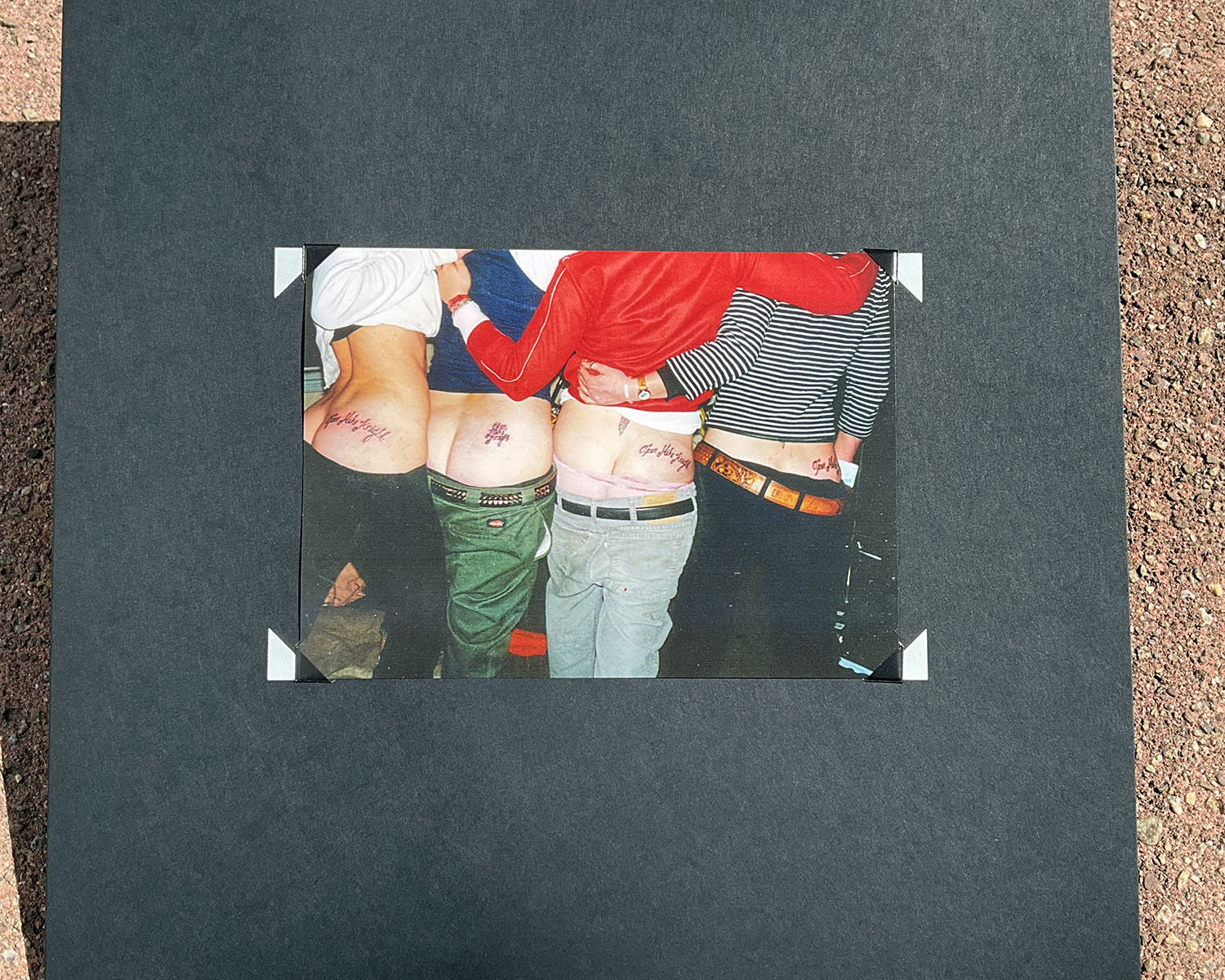 Open Mike Knight were an Oakland band who split the difference between two kinds of Bay Area musics – the super nihilistic, bratty punk of Peechees/Tourettes/Gr’ups and the terse, sharpened postpunk of Erase Errata or the Lies. Their songs were distinguished by brittle guitar, liquid basslines, insistent drumming, and a world-devouring vocalist. The unapologetic, unambiguous force of this music is a lot to take in, with blush- and stutter-worthy song titles like “Fist Me” and “Anal Sex Month” and “Squeezin’ It.” But don’t mistake this candor for an open diary: they were more confrontational than confessional, and more antagonistic than confrontational. Two decades after their dissolution, the unified squall, emphatic jolt, and reckless momentum of Open Mike Knight’s music remains both forceful and unpredictable.

“Open Mike Knight” presents the band’s 2001 demo in its entirety, newly remastered from the original tape by Fred Thomas. Guitarist Heather Anderson also played in The Blast Rocks!!! and currently is a member of Corpsekisser. Prior to Open Mike Knight, drummer Jenny Parkin Penoyar played in Las Tigras and later went on to play in JEM and Hunter Becomes the Hunted. Open Mike Knight was the first and last band for singer Nel Adams and bassist Chesa Osborn. Nel continues to perform with circus collectives and is a co-founder of the avant-garde fashion/performance collective Chikoko.

Pressed in an edition of 105 numbered copies on colored vinyl, “Open Mike Knight” has a silkscreened jacket with a tipped-in photo and includes a color insert.

There are six different color variations:

If for some reason you want a specific color, please indicate in the “Note” field on the order page

“You can almost hear vocalist Nel’s eyes rolling as she shrieks, shouts, and generally verbally baits anyone within spitting distance, as the guitar hacks and scrapes at inside-out chords, drums tumble and clatter in a rhythmic freefall, and a steady bass pulse holds everything together (however precariously) as the primary stabilizing force for OPEN MIKE KNIGHT’s jagged stabs.”

“Skewed and crooked rides managed with a shot at the limits of hardcore and madness and a continuous need to create a mixture (brilliant is the slow ending placed at the end of the brutal sound aridity of Squeezin’ It) while remaining firm on an idea of thin, dry sound.”

“the truth is that I will never understand how from now on I could live without something that I had no idea abt its existence just 24 hours ago, but I assure you that this artifact of such simple as great nihilistic, bratty minimalist arty-punk recorded 20 years ago, has changed my life“

to view the complete production costs for this LP, click HERE