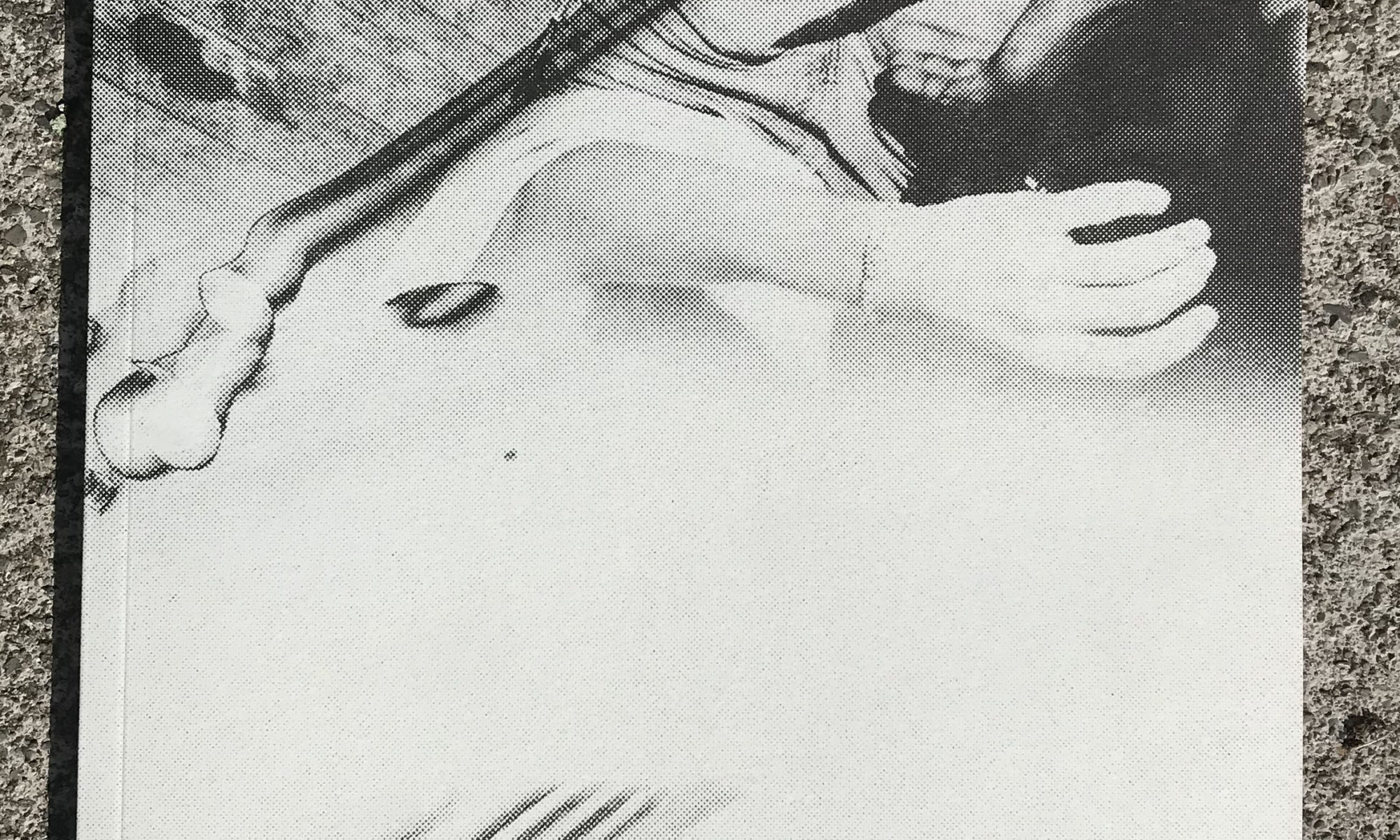 Ethan Swan: The potential for harm is high in the situation where you’re taking these photos. Like physical harm or the destruction of the camera. I feel like it’s hard, it would be hard to ask what your  intent was with these photos because it’s hard to put yourself back in a 17-year-olds mind. But the idea of doing that thing [taking photos of mosh pits] that obviously no one else was doing is really compelling. Like there were other people taking photos at the time, but—

Lisa Anne Auerbach: They were just safe. And I was not into being safe. There’s probably some deeper psychological reasons that could be gone into. I was 17, I was a real nerd, I was bookish, I was terrible at gym class, I didn’t have a boyfriend, I didn’t have jocky sweaty dudes in my life at all. I think there was something about me that was attracted to the kind of testosterone-fueled masculine space that I could be a part of in some way. Like still outside of it but also on the inside a little bit, in a safe way.

– From the Q&A in Lisa Anne Auerbach’s ‘Pit’

PIT is a collection of photographs taken by Lisa Anne Auerbach at Chicago punk and hardcore shows between March and June 1985, when she was a teenager. Most photographs taken in this kind of space are of the bands, but Lisa chose instead to take photos of the crowd: the dancers, the spectators, the partiers, the depleted. The photos are wild, energetic, they refuse to hold still. They show a side of the punk show that’s probably familiar to all of us but rarely documented.

Published by The Grass Is Green In The Fields For You, Glasgow